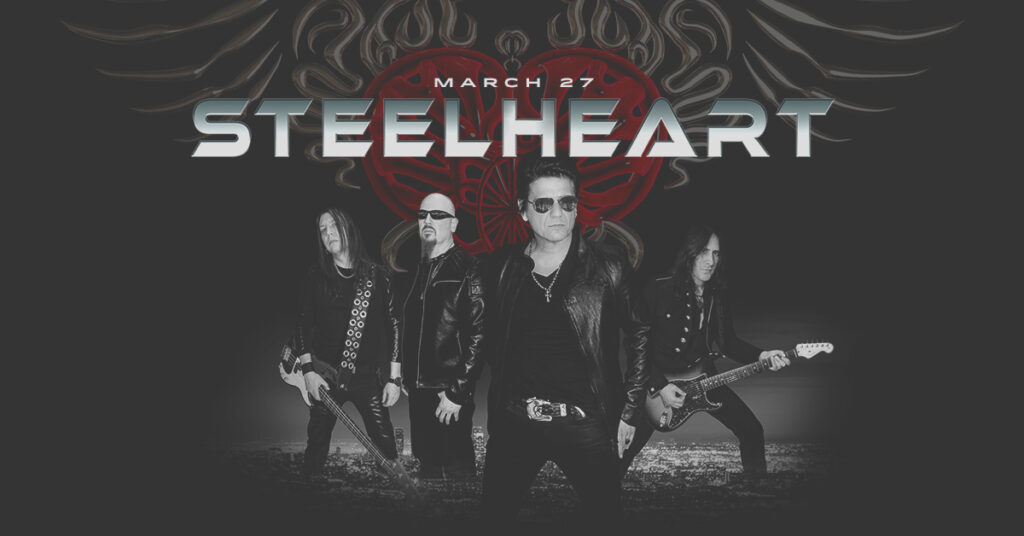 Join Global Rock legends STEELHEART to celebrate their 30th anniversary, playing all of your favorite classics as well as sneak previews of new work. SteelHeart’s self titled debut album ‘SteelHeart’ was released in 1990, bringing them immediate commercial success, with critics comparing their forceful hard rock sound to Led Zeppelin’s. Since then, lead singer Miljenko Matijevic and band-mates have showcased their broad influences and the raw strength of his vocals, their sound drawing comparisons to hard rock and pop metal greats like Ratt and Whitesnake.

Steelheart was asked by heavy metal band Slaughter to perform a show with them on Oct. 31, 1992, Halloween night. This was to be the 50th show of Steelheart’s last leg of the tour. It turned out to be momentous in a way they didn’t expect as tragedy struck. While performing “Dancing in the Fire,” from their “Tangled in Reins” album, Miljenko decided to climb a lighting truss, which was improperly secured, forever changing the lives of Steelheart and their fans. Trying to dodge the massive rig without success, the 1000 pound truss hit the back of his head – hard – driving one of the greatest vocalists of all time face first into the stage: breaking his nose, cheekbone, jaw and twisting his spine.

In 1996, after much physical rehabilitation, Miljenko formed a new version of SteelHeart to record and release the album “Wait.” The single “Wait” went #1 in many Asian countries, & the song “We All Die Young” was later used in the 2001 Mark Wahlberg / Jennifer Aniston film, “ROCK STAR.” In 2008, Miljenko released “Good 2B Alive,” which he wrote, produced and engineered with producer Kit Woolen. Miljenko wrote and produced SteelHeart’s latest album “Through Worlds of Stardust”, which was released by Frontiers Records on September 6, 2017. The album earned rave reviews from fans and critics alike.

Show streams live on 8/20 available for Video on Demand 36 hours after the show.

Your DREAMSTAGE ticket supports artists to continue making the music you love. Our live-streaming concerts are presented in HD and are available on all devices. 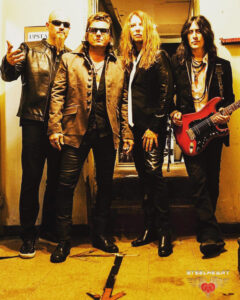